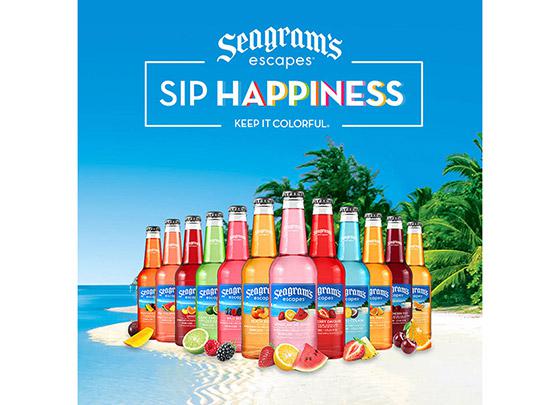 The agency will debut its new brand strategy in 2023 for Seagram’s Escapes, Seagram’s Spiked and Seagram’s Cocktails. A new digital hub will be built to drive engagement.

The assignment also includes content strategy and creating a digital brand experience to support a package launch next year under the new tagline "Make Happiness Happen."

Six+One Founder-Chief Creative Officer Eric Rojas said: “The brand’s ambition for disruptive thinking is perfectly aligned with Six+One’s mantra of creating 'Disruption for Good.' We look forward to helping them reshape and redefine what the brand and category can stand for.”

Seagram’s Escapes is owned by FIFCO USA and is ranked as the No. 4 traditional-flavored malt beverage brand in the United States. FIFCO USA distributes a range of alcoholic beverages, including Labatt USA.

"By combining a focused digital strategy with our aggressive marketing initiatives, we are confident that this partnership will help Seagram’s Escapes further strengthen its brand equity across the U.S.,” added Chuck Buckingham, Seagram’s Escapes brand director.

Six+One is also partnering with national retailer Batteries Plus for a branding and communications strategy project that rolls out in the coming months.