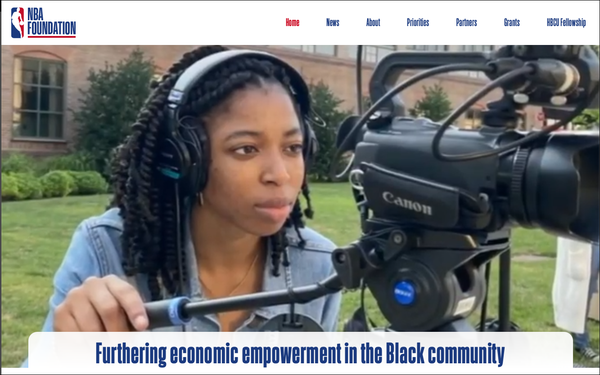 Google on Tuesday announced a $1 million donation -- the largest from a partner -- to the NBA Foundation.

The goal is to support the NBA HBCU Fellowship Program and other initiatives.

Google Pixel will contribute $500,000 to the Foundation, and the remaining funding will come from sales of Pixel phones in the Google Store starting today through December 26.

The contribution will support 60 selected fellows, providing an opportunity for them to experience a 10-week internship with the NBA. The contribution builds off of Google’s sponsorship of the league’s first HBCU Classic during NBA All-Star Weekend earlier this year and reflects the company’s ongoing efforts to drive inclusivity and representation, particularly in tech.

Google Vice President of U.S. Devices & Services Marketing Daryl Butler announced the donation in a blog post. “We’ve long supported HBCUs and their students to drive more inclusivity and representation, especially in tech,” he wrote in a post. “From the $50 million grant in 2021 to 10 HBCUs to support scholarships, technical infrastructure for in-class and remote learning and more to a $5 million Google.org grant last month to Spelman College’s Center for Minority Women in STEM, I look forward to continuing our support of HBCUs and related NBA initiatives throughout the season.”

Google has a long history with the NBA. In 2021, the company become the Official Search Trends Fan Insights Partner and Search Engine for the National Basketball Association (NBA), NBA G League and NBA 2K League in a multiyear partnership.

It gave student athletes from Howard University and Morgan State University a national stage to showcase their talents.

The players were also featured in a Google commercial that aired throughout All-Star Weekend and beyond, which included photos taken of them on a Pixel with Real Tone.