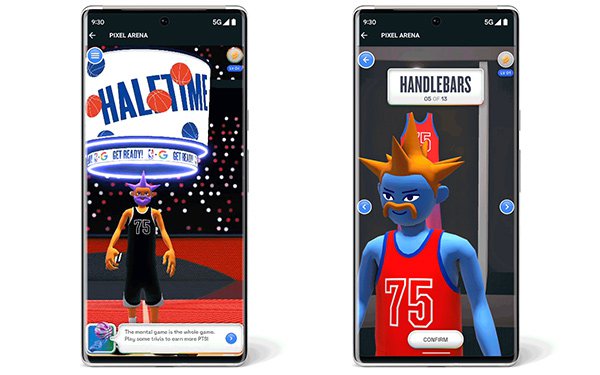 This first immersive experience jointly developed by Google and the NBA aims to bring fans closer to the game and connect socially during live games.

The NBA App, Google Android or Apple iOS, lets fans access the 3D immersive experience during halftime or between games. The Pixel Arena is available to everyone, regardless of the device or operating system used.

Inside the Pixel Arena users can pick a game to enter, including past games. Using the phone’s gyroscope, which means that fans can view the entire space as they rotate their device around it, the 3D virtual experience enables the person to immerse themselves, including the ability to create an avatar dressed in a favorite team gear, and share that avatar across social and digital channels.

The Pixel Arena also features game-specific trivia based on live NBA data feeds, 3D shot recaps during half time and post-game that allows users to relive how top scorers and teams performed based on real-time NBA data -- as well as opportunities to climb the leaderboard, create shareable content and unlock new levels for the players avatar.

The teams at Google and NBA worked with global design and experience agency Jam3 to build the 3-D, interactive, mobile experience.

Then In February 2022, Google and the NBA kicked off the partnership with two television spots and a campaign that highlight a feature called Real Tone in the Pixel camera phone that brings out the nuances of skin tones.