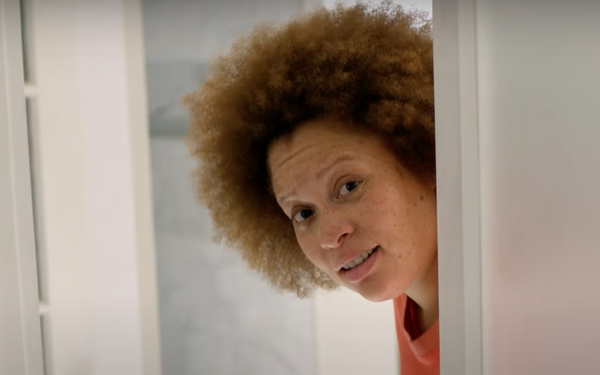 Thinx, the period underwear leader, is expanding Thinx for All, its lower-priced line. And in new ads directed by actor Pamela Adlon, it's finding humor in menstrual moments that your mother never dreamed possible. The New York-based company,  which reportedly has $100 million in annual sales, is also expanding its retail distribution. Sara Plotkin, vice president of brand and creative at Thinx, tells D2C Insider how new ads, more democratized product selection and a stepped-up retail presence will come together in the year ahead.

D2C Insider: Let's talk about the funny stuff first. You're rolling out a new ad done with Oberland, directed by Pamela Adlon, best known as the creator and star of the Hulu series "Better Things." It's even got a snarky teen, just like the show.

Sara Plotkin: Yes, we were lucky enough to get her for her commercial directing debut. We've already got two others airing. One is about space travel and the other about sisters. And she's shot three more for us, which will roll out in the next year.

D2C Insider: You're expanding the selection of lower-priced period underwear, offering Thinx for All, which have been in retail, on the site. Why now?

Plotkin: The standard underwear on Thinx is about $35. This line, called Thinx For All, sells for about $17, half the price. It's the price point we used when we launched in Target two years ago to break into the mass market.

D2C Insider: What have the last two years taught you about affordability?

Plotkin: We've had a lot of brand fans from day one who loved the concept and wanted more sustainable solutions. But price is a big barrier to entry, and $35 is pretty consistent across our competitors. Our research has found that 65% of consumers say they would be more likely to buy reusable period products if they were more affordable. And as we've moved into Walmart and CVS, that sends people to our site. They want to learn more about the brand

D2C Insider: Is marketing for retail customers different from how you build the brand for D2C buyers?

Plotkin: It's interesting. To date, our marketing of the availability in retail has been very limited. We've had great success at Target, Walmart and CVS, and have done hardly any marketing to support it. We've leveraged word-of-mouth articles to make people more aware, and some advertising within Target and Walmart's distribution channels. We almost see it as a billboard. Getting someone to learn about us at Target and Walmart is, in its way, a form of advertising.

So we are going to talk a lot more about retail channels this year. It lends credibility -- period underwear is still pretty novel. Distribution at major retailers signals, "Hey, this works."

We still focus on advertising the brand on TV and social media. Consumers seem to discover it in the right distribution channel for them, whether through our website or retail partners.

D2C Insider: How do people use the product? For their entire period, swearing off tampons and pads? Do they mix it up? Or just for emergencies?

Plotkin: All three. This is a very personal category. Many people have used the same period products for over 20 years. For them to completely ditch pads and tampons overnight is a lot to ask. So we want to make the journey into this category as easy as possible.

D2C Insider: Conversations about period poverty and sustainable periods are everywhere. How do you stand out in all that noise?

Plotkin: We try and make our messages relatable. That's what this campaign is about. Anyone who's had a period or a bladder has these memories -- that moment of learning to use a tampon or leaking through your pants and having to tie a sweatshirt around your waist. That authenticity gets people's attention. We're real, whether just saying the word "period" or showing blood in our commercials. We don't retouch any of our models. And we show people from different walks of life, abilities, race, ethnicity and body type.

We feel good about how we've helped the rest of the category evolve. I love seeing our competitors doing that, encouraging audiences to have these honest conversations. It's going to benefit the consumer, and that's going to help the total category.

D2C Insider: Where are the ads running?

Plotkin: TV, with a bigger investment than we've made before, and YouTube, Facebook and TikTok. We had networks reject the spots entirely or say they could only run after 9 p.m. Do we have a lot of work to normalize this category. There's still discomfort with talking about periods on TV.

D2C Insider: Is there a particular demographic segment that is your sweet spot?

Plotkin: It's probably a bit older than most people would think -- the older millennial, the mid to late thirties. And they're starting to use the product for menstruation and light incontinence. We also have Thinx Teens and Speax for bladder leaks. So that's aimed at people around age 55.

D2C Insider: Do you advertise that line separately?

Plotkin: We do. You'll see a lot more from us on this in 2023. People are silently suffering, and [incontinence] is even more stigmatized than periods. As a brand, we have permission to talk about it openly and create content that answers questions.