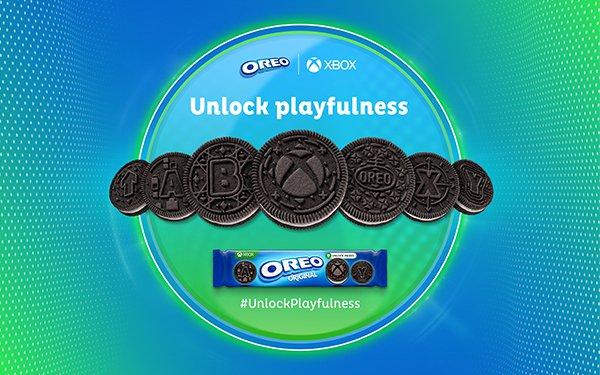 The Oreo cooking and Xbox have teamed for an ad campaign that utilizes cheat codes, long part of the gaming world.

Cheat codes allow players to unlock special features or abilities in the game that are unavailable in standard play. In that spirit, Oreo kicked off six different embossments inspired by the Xbox controller. Users can create combinations with the Oreo Xbox Special Edition cookies, thereby earning prizes on its official site.

Fans can participate at www.oreo.eu.

The campaign is cross-platform: TV, social media, digital out of home, CRM and website.

“Xbox believes gaming should be fun for everyone, and Oreo is all about bringing more playfulness into the world,” said Marcos Waltenberg, director of global partnerships-social impact for Xbox.

Dennis May, Saatchi & Saatchi Chief Creative Officer, Publicis Groupe Germany, added: “This is really a match made in heaven for us. The creative aspiration of both brands is similar and a great challenge. By leveraging something that has been part of the gaming world for a long time, we put the cookie at heart and create an activation that can live outside the gaming world.”

The OREO Xbox Special Edition cookies will be limited-edition and available while supplies last, beginning this month.

Saatchi & Saatchi is part of the Publicis Groupe.