Subaru Returns With A New Pack Of Dogs 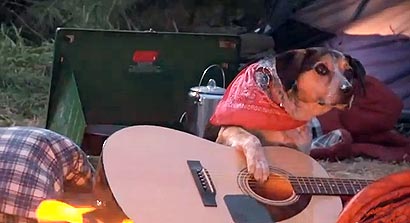 Subaru of America is bringing back its “Dog tested. Dog approved” campaign with a new pack of dogs and added canine-specific social applications.

This is the third year the campaign has run. When Super Bowl playes take the field on Feb. 5, Subaru owners and their four-legged friends will hit the streets for the second annual Subaru Game Day Dog Walk event by taking the pledge on the automaker’s Facebook page. Last year 88,000 dog owners did so.

"Dogs have always been a large part of Subaru culture; we also know that dogs play a significant role in the lives of our owners," said Alan Bethke, director, marketing communications, Cherryhill, N.J.-based Subaru of America, in a release.

Tied to the campaign, Subaru partnered with MapMyFitness to launch the MapMyDogWalk mobile application for iPhone. MapMyDogWalk provides dog owners with access to an innovative geo-mapping application that allows users to track and store their daily walking routes in an online database.

Users will also have access to a searchable database of millions of routes across the globe, fitness calculators, dog event listings, and a dynamic social network of healthy and active individuals and their four-legged friends.

Subaru drivers are two times more likely than the average car owner to have a pet. In fact, seven out of 10 Subaru drivers have a pet, and Subaru owners are also more likely to engage in skiing, camping, boating and other sporting activities. To reflect these passions, those activities are depicted in the four new commercials.