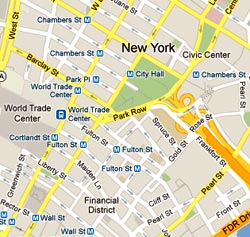 Perception counts for both world and local views. The Internet gave consumers a broad perspective to reach across the globe, and now it brings us closer to home. Some 85% of the world's population will have Internet access via 3G by 2017, supporting close to 9 billion mobile subscriptions, compared with 6 billion by the end of 2011, according to Ericsson's Traffic and Market Report – On the Pulse of the Networked Society.

The report, released Tuesday, suggests that video, cloud-based services, Internet, and machine-to-machine (M2M) connectivity will drive the evolution. Mobile data traffic will grow by 15 times between 2011 and 2017. Between Q1 2011 and Q1 2012 data traffic doubled, and Ericsson names video as the primary driver.

Plan to see more video ads and content attached to maps and local searches. Research from Q1 2012 suggests a 958% increase in views of mobile video ads since 2011, according to Millennial Media. eMarketer points to the study revealing that smartphones account for 73% of the provider's mobile ad requests in Q1 2012.

Now the Google VP of location and local services sits on the Wal-Mart Stores board to support, among other initiatives, Wal-Mart stores popping up on neighborhood street corners. Will Mayer influence the deployment of near field communications (NFC) at point-of-sale registers, and coupon targeting as consumers drive by or walk into stores?

Indoor location services will also support retailers. Major U.S. retail brands will launch indoor location technologies in 2012 and 2013 to enable advances in customer analytics, store optimization, proximity advertising, couponing, and CRM, according to ABI Research. While Google and other industry giants will attempt to dominate the space, retailers will want to maintain control of in-store data, advertising, and CRM.

Automation and online technology will bring a stronger focus to neighborhood stores and local merchants. Aside from search, Twitter and Facebook continue to focus on local segments. Ad targeting through local modeling will come next. It just might take a bit longer.