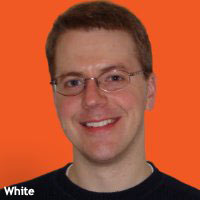 With more people browsing their email while in line at the grocery store or wandering the local mall, retailers have increasingly found themselves on the frontline of mobile marketing. That’s leading to more email messages than ever, Chad White, research director at Responsys, a research company that tracks the email activity of large retailers, tells Marketing Daily. But it’s also forcing stores to rewrite their strategy, with plenty of changes in design and timing. For the Fourth of July holiday, for example, 57% of major retailers sent at least one promotional email this year, versus just 34% a year ago. White fills us in on the shifts:

Q: So email is continuing at record-high levels?

A: Yes. During the first half of this year, retailers have sent subscribers more than 94 promotional emails on average, up 19%. I expect retail email volume to grow about 20% this year. It grew more 16% during 2011.

Q: Why is the  increase in July 4th emails so important?

A: Because it really indicates what a sea change we’re seeing. Retailers used to avoid emailing consumers on family holidays like Independence Day, because people weren’t near their computers. They were considered non-marketing events. But the adoption of smartphones and tablets has made it easier to reach consumers, and that’s caught plenty of retailers flat footed.

Q: Why is that? People have been talking about this for ages now, so why the surprise?

A: It’s a question of how fast smartphones have been adopted and how popular tablets have become. So when 10% of a retailer’s email is being opened on a mobile device, maybe it doesn’t make sense to think in those terms. But when it is 20%? Or when it’s 30 to 40%, as we’ve heard about some of the teen chains, like American Eagle? So now the signals of wide scale acceptance are much stronger, and stores are racing to catch up.

Q: What are some mistakes marketers and retailers are making?

A: I think it’s huge mistake to treat tablets and smartphones as if they are the same. They’re not. Tablets are a sofa-based computing device. The way people use them, they are pretty housebound.

Q: What are the big design challenges?

A: For an email to be table friendly, it’s all about being touch friendly, with a good amount of padding around buttons and links. And that is much more true for email. The other problem with smartphones is legibility. The type gets very small, and there was a period of time when we all designed email for bigger monitor and laptop screens.

Q: So let’s talk about Gen Y. Many experts say they dislike email, which they regard it as the slow and stupid language of their parents, compared with text or videochat. How do marketers get around that?

A: While emails have always been lauded, rightfully so, as being more personal, there are rings of personal space. People have been pretty clear about not wanting to get texts from marketers, with the exception of companies like airlines. But now that more people can access email on the go, there is no need for marketers to violate that, and can use email instead. I think smartphones will lead to less commercial texting.