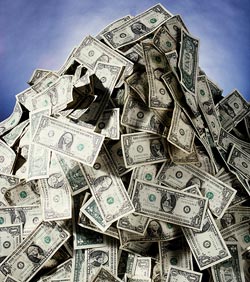 Tracking online marketers' budgets and costs per click can help marketers understand how to allocate budgets. Paid-search spending rose 29% in Q2 2012, compared with the year-ago quarter -- down from 32% sequentially, according to Rimm-Kaufman Group (RKG). Marketers spent 32% more in the quarter compared with a year ago, but investments fell sequentially from 36%.

Among RKG's clients, click growth on Google grew 46% in Q2 2012, compared with the year-ago quarter. The cost per click (CPC) fell 10%, but rose 4% sequentially. Combined paid-search spending on Bing and Yahoo rose 16%, up from 10% sequential growth in Q1. Click growth came in weak at 3%, while CPCs rose 12%.

On the desktop, Google improved its share of organic search traffic, which rose from 76% in Q1 to 77% in Q2. Bing and Yahoo each held a share of 10%. In paid search, Google AdWords generated 84% of clicks.

Mobile accounted for more than 15% of organic search visits in Q2 2012, up from 13% sequentially. Mobile share of paid search lagged organic investments at 13%, as advertisers limited their spending on poorly converting smartphone traffic.

RKG attribution data shows only 25% of Q2 orders involved multiple channels, but also that moving from a last-touch model to a first-touch model can shift the credit from revenue for individual channels by nearly 40%. The company compared two primary metrics -- marketing touches and marketing channels. A touch is one click leading to a client's Web site, whereas a channel remains one source of clicks, such as paid search.

When analyzing marketing channels per order, RKG found five as the average number of touches per order. Consumers often touch the same channel multiple times, resulting in a lower average number of channels per order. Excluding brand search touches, analysts estimate that 75% of Q2 orders interacted with one marketing channel, 18% with two channels, and the remaining 7% with three or more.

RKG also saw display and email losing credit when analyzing the path with this method. The majority of the display data represented remains retargeting, and clicks on retargeted ads, meaning they are counted after a consumer has already visited a site.

The report suggests that email lost some credit because of customers revisiting promotional emails containing a discount immediately prior to placing their order. Organic search, CSEs and social media all gain credit in the first-touch view.