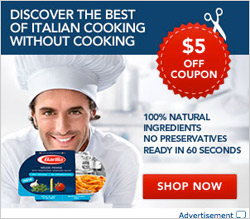 Google may find some merry in this year's holiday cheer, but the tech company should expect to have fierce competition from Amazon.

The ad format powering Google Shopping results, Product Listing Ads (PLAs), grew at a rate of 262% in Q3 2012 compared with the prior year, and provided 20% of Google paid-search clicks for the quarter, according to a recent Rimm-Kaufman Group (RKG) report.

The uptick points to a change in how marketers need to analyze media buys and campaigns.

Todd Bowman, product manager at RKG, said these ads lead consumers from Amazon to the brand's Web site or portal, bypassing traditional search engines like google.com or bing.com. It's part of a shift in how consumers use search engines, whether big-box traditional engines, verticals, site search or mobile apps.

Comparison shopping sites Shopzilla and NexTag continue to gain click share, but Amazon Product Ads and Google PLAs hold the most promise. Amazon, however, requires a lot of work from marketers, according to Bowman. He said the ads offer a limited number of categories that merchants can create. For example, shoes require approval and clothes remain closed.

Rob Schmults, SVP of strategic partnerships at Intent Media, believes Amazon allows advertisers to directly target product searches through a cost-per-click model, "taking money out of Google's pocket" -- and that's why you're seeing the company respond with building up PLAs.

Next week, Google Shopping moves to a paid model in the U.S., with the U.K. and Europe expected to follow in 2013. Brands that tap into product listing ads will capitalize on the strategy in search engine results. A report from a search marketing agency released this week highlights better returns on investment from PLAs, compared with paid-search ads.

Any roadblock that Amazon puts up could slow growth for Google PLAs. One sign points to the decline of search engine queries on what some consider big-box traditional engines, as the search marketing landscape continues to change.

Total core searches fell 4% in September compared with the year-ago month, representing the first decline in total search volume since 2006, according to comScore. Last month might mark the first in year-over-year declines, but growth rates have been slowing since February. The data firm said in its monthly report that the number points to the impact of accelerating mobile use and the expansion of non-portal search for specific verticals, such as retail, travel, and social on desktop searches.

Forrester Research released numbers recently suggesting that 30% of shoppers now start a product search on Amazon vs. 19% on Google. Will consumers this holiday season spend less time on traditional search engines and more time on mobile apps and shopping engines? In a research note, Citi Analyst Mark Mahaney estimates that Amazon's 2012 mobile sales could exceed $4 billion vs. an estimated $2 billion in 2011.