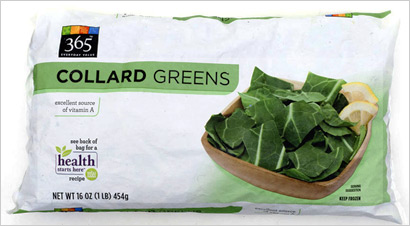 Deloitte has just released its annual American Pantry Study, and once again, it seems American consumers are less enamored with brands, happier with private-label products.

This marks the third straight year of declines for national brands. And while the initial switch from name brands to store brands was linked to the recession and the frugality that came with it, this year’s research indicates that consumers are buying store brands because they want to, not because they have to. Despite a strengthening economy, 94% of the survey say they plan to hold the line on grocery spending, and 72% of the sample say that while they are spending less because of their use of store brands, “it doesn't feel like I’m sacrificing much.” Overall, 88% say they have found store brands to be just as good, while only 27% say they would switch back if the economy improved.

Asked why, respondents gave “other brands are on sale” as their No. 1 reason.

And despite the intensely promotional nature of grocery channels, those sales and coupons are probably less effective than most marketers would like to admit: More than 70% of the sample say they will only redeem coupons for brands they would have purchased anyway.

In fact, based on its sample of more than 4,000 U.S. adults across all income levels, Deloitte says shoppers are cannier in outsmarting marketers in many ways. For example, 92% call themselves resourceful -- up from 89% in last year’s survey -- while 82% say they are better at slipping in and out of the store quickly, compared to 80% last year. And 80% say they are more precise in their purchases, while 74% say they are smarter shoppers than they were a year ago, unchanged from the prior year’s survey. What’s more, they aren’t getting tired of this constant honing of shopper skills: 80% say they find it fun to see how much they can save while shopping, even with last year’s results.

This “embedded frugality” extends to where they shop: For each category, they now shop an average of 3.5 channels, for a total of 5.5 channels for all food, beverage, and household goods. And they’ve got the loyalty cards to prove it, with 39% now holding three or more cards in their wallet, up from 28% three years ago. And 58% say they use those cards every time they shop, whole 30% now participate with their smartphone. (The study also found that even Baby Boomers wish to do so, and that their demand for mobile coupons is outpacing Gen Y.)