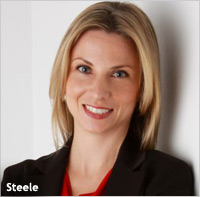 The promise of location-based targeting has long been a selling point for mobile advertising. With more people using their phones as mobile wallets, targeting by purchase behavior is emerging as an option to lure marketers to mobile.

Purchase-based targeting was the focus of a panel titled “Mobile Marketing: Demographics Are Dead,” at the Mobile Marketing Association’s New York Forum on Friday. Much of the discussion centered on the efforts of personalized digital media company Catalina, which offers the Scan It! app for scanning and buying groceries at supermarkets like Stop & Shop and Giant.

Todd Morris, executive vice president, mobile marketing at Catalina, said the Scan It! program generated $1 billion in transaction volume last year and adds 1 million new users a month. He noted that smartphone shoppers, on average, spent 40% more than other customers because offers that mobile users get while browsing the aisles encourage more buying.

Morris said shoppers screen out 98% of what they see in the grocery store. With the purchase data, ads can be targeted to the 2% of products a customer is interested in buying, leading to a doubling of traditional response rates.

Bonin Bough, vice president, global media and consumer engagement, Mondelez International, said the results of Catalina’s ad programs highlight the battle for personalized, or “small data.” He added that reaching consumers at the “zero moment of purchase” while they are shopping is delivering higher conversion rates for discounts and special offers than ever seen before for Mondelez, whose CPG brands include Oreo, Ritz, Wheat Thins and Nabisco.

Offering an agency perspective, Angela Steele, CEO of mobile marketing shop Ansible, acknowledged higher conversion rates from purchase data, but noted that they come at a premium. “Yes, we're seeing two times better performance, but it’s also much more costly,” she said. “From an ROI standpoint, it needs to be more efficient to get the data, and the inventory that has this data overlaid.”

Catalina’s Morris countered that the extra cost is worthwhile given less efficient TV buys that brands make. He cited research the company has done with Nielsen indicating that two-thirds of TV spending goes against only 2% of those who make up brand sales. “Wouldn’t you want to spend more against your best customers…to get them to engage deeper?” he asked.

Steele pointed out that data-driven optimization in mobile also requires tailoring the ad creative to different users. That means building anonymous profiles through an in-house platform using multiple data sources to customize the creative. “That’s the barrier for a lot of marketers -- not all agencies have that back-end system built in,” she said.

But Steele noted that in the last 18 months, clients are increasingly making mobile a more central focus of their marketing strategy. “It’s a very interesting time to be in our industry, because we have teams who are not just focusing on mobile but we are now being brought in to develop an entire communications strategy,” she said.