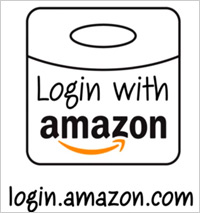 While the process aims to make it similar for developers, the real benefit for Amazon resides in data and tracking, perhaps opening the door to cross-app ad serving. The authentication process returns a token to the app that represents the authenticated user, giving Amazon the ability to monitor sign-ins and conversions. The API eliminates the ability for consumers to remain anonymous, making it easier for developers to integrate payment options and product ads.

The Web identity feature, made possible with Amazon's Security Token Service (STS) API, simplifies the development process by allowing designers to integrate a Web-based sign-in platform with their apps without having to write server-side code. Developers will have an option to add the Amazon login alongside Google's and Facebook's.

Companies developing single sign-on options for mobile apps and Web sites typically share customer data with companies providing the API. Amazon said its customers can choose to share certain attributes of their account profile with apps, games, and Web sites. They will need to opt-in to share the data the developer requests, which can include the user's name, email address and zip code.

The API requests temporary security credentials for users that have been authenticated using one of the three public identity providers. An app can then use the temporary credentials to access AWS resources, such as Simple Storage Service objects, DynamoDB tables or Simple Queue Service queues.

Zappos, an early adopter of Login With Amazon's API for the Web, Android and iOS said 40% of its new customers choose to sign-in to the company's Web site with an Amazon account. Woot, another early adopter, found that new customers picked the Amazon login two times more often than any other social login on their site. Those customers had the highest rate of order conversion.