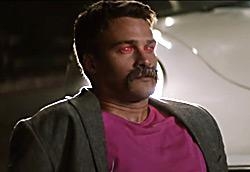 Beware the mustaches and unibrows. After experimenting with thrillers and romance in past years, Intel and Toshiba are teaming up again to create a “social movie experience” in the science fiction/comedy vein.

The film, “The Power Inside,” directed by Will Speck and Josh Gordon (“Blades of Glory” and “The Switch”), depicts an alien invasion by a race of extraterrestrial mustaches and unibrows that takes over the faces of people around the world. Through the movie, the main character, Neil, enlists his friends and some technology (specifically Toshiba Ultrabooks, which use Intel chips) to defeat the invaders (known as the Uricks).

“The Ultrabook itself has become the tool to help save the world,” Tom Hume, marketing communications manager for Toshiba America Information Systems, tells Marketing Daily. “This is taking the next step by inviting them into the story line, where they can either be good guys or bad guys.”

Using social networks (as the companies have done in the past two years), viewers around the world can watch the trailer for the film (which stars Harvey Keitel, Craig Roberts, Analeigh Tipton, Reid Ewing and Zack Pearlman) and audition to be featured in the film by using a Facebook app that will digitally add a mustache or unibrow to their photo. Viewers can also upload a video of them removing a mustache (thereby making them part of the resistance) to become a part of the film. The first episode of the project will debut online on Aug. 15.

“The Power Inside” marks the third collaboration between Toshiba and Intel on a filmed project. Last year’s film, “The Beauty Inside,” was a romance in which a young man woke up every day with a new face and body. The prior year, the companies launched the project with a thriller depicting a woman trapped in a room with only an Internet connection and a computer. The year, the company is hoping to amplify the social buzz with the sci-fi/comedy genre and by enlisting other partners such as Spotify, Skullcandy and Fossil. The partner brand will amplify the social aspect by promoting the film through their social networks and through product giveaways, says Billie Goldman, partner marketing manager for Intel.

“We’ve prided ourselves in trying to push the limits each time,” Goldman tells Marketing Daily. “Every time, we’ve learned more about the social aspect and how to expand that.”

To make the project more global, the companies have deepened the back-end technology, allowing the landing pages (www.thepowerinside.com) to automatically translate into local languages. Characters will also communicate with the audience via the Facebook Inside Films page. The companies are also allowing viewers to determine their own level of participation in the fun, Goldman says.

“One of our key learnings is to give a layered experience based on what they have an interest in,” she says. “Some want to just watch. Some want to have their picture in the film, and some want to go very deep and talk with our characters.”