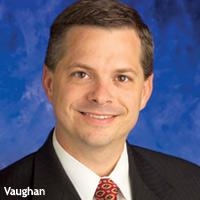 Back-to-school spending has long been a kind of Ouija board for retailers, who parse each week of August sales for clues about how consumers will spend right through to Boxing Day. But focusing on how much this year’s spending may tick up or down is missing some of the bigger changes retailers are facing, says Ted Vaughan, a partner in BDO’s retail and consumer product practice. For one thing, digital shopping is changing kids’ expectations; for another, department stores are making a comeback. He explains to Marketing Daily:

Q: So digital shopping -- especially tablets and mobile -- has been important for a few years now. What’s different this year?

A: Retailers are usually talking about how these devices affect parents. But whether we are talking about college kids, high school, junior high school or even grade school, a bigger change is that kids are a much more important part of the process. They’re browsing more at home, not just getting towed through the clothing racks by their mom. So the things they are looking for are a little more want-driven than in the past. These kids are growing up doing their comparison shopping online, and it’s becoming ingrained in them.

Q: You mention department stores as being more important this year, and last month, the National Retail Federation predicted 62% of back-to-school shoppers would spend at least some money there -- the highest in the history of its survey. Why?

A: They’ve had to reinvent themselves, and it seems to be working. Macy’s seems to have found its direction, JCPenney not so much. But overall, these stores have really improved both assortment and competitive pricing strategies, which were the areas that hurt them the most in the past. They have become more appealing, and they’re priced well. And if you have two or more kids, they’re more convenient for parents.

Q: But discounters will be the biggest factor. The NRF is expecting 67% of all shoppers to head to Walmart, Target, or Kmart at some point. What’s different there this year?

A: This year’s story is the way they are spreading out the season. Walmart was the earliest this year, opening its back-to-school microsite back in June. The idea is to make back-to-school shopping easier by allowing parents to buy a little with each paycheck.

Q: Okay -- back to forecasts, with the NRF predicting a small decline in average spending, and others forecasting increases. Is that some kind of harbinger about holiday sales?

A: I think back-to-school sales expectations are diverging from those surrounding the holiday season this year. People had been holding money back, and then last year there was a large catch-up, which is why there was such a big increase in spending last year. Some of those items don’t need to be bought again, which is why this year’s growth won’t be as large. So that’s a little different than the normal cycle, and tells us less about what we will see this holiday season.