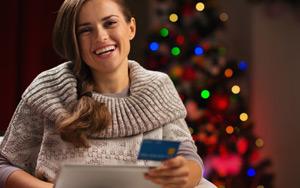 The holiday season just passed saw huge gains in digital and mobile sales transactions, with consumers buying everything from apparel to home goods to health and beauty aids through big and little screens. IBM Digital Analytics Benchmark finds that over the fourth quarter, online sales were up 10.3% year-over-year versus 2012.

There was a big increase in smartphone sales, with these mobile devices driving 21.3% of all online traffic -- nearly double that of tablets at 12.8%. But tablets drove 11.5% of all actual online sale -- a percentage twice that of smartphones, which accounted for 5%. Tablet users also averaged $118.09 per order, versus smartphone users, who averaged $104.72 per order, per IBM's study.