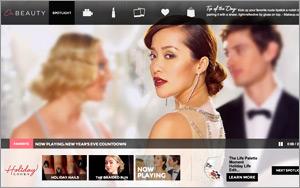 The deal will integrate the cloud-based interactive tools that ActiveVideo sells to pay TV providers with BrightLine's TV advertising software as well as its relationships with advertisers and agencies.

ActiveVideo believes cloud-based services can avert many set-top box issues of incompatibility when it comes to interactive TV and advertising efforts. With cloud-based systems, the set-top device doesn't need to do the processing -- only the simple process of video decoding.

One of the venture's initial deals is with L’Oreal USA with an effort around OnBeauty -- a beauty app for women designed specifically for connected televisions.

Overall, expectations are high, as the companies believe they can reach virtually all U.S. set-top boxes with the venture -- some 300 million set-top boxes, about 2.5 units in each of the roughly 100 million U.S. pay TV homes. It also includes some 50 million other consumer electronic devices.

“The challenge has been how to achieve scale -- how a brand can get to, say, 20 million or 30 million boxes overnight,” says Murali Nemani, chief marketing officer of ActiveVideo.

“This is a way of catching up,” says Aksman. “It’s creating a sense of urgency for the older guys; [this includes any] satellite, cable, telco [ TV companies]. That's why we were interested in ActiveVideo. It can substantially increase scale, faster than consumers having to buy these devices or operators having to roll them out.”