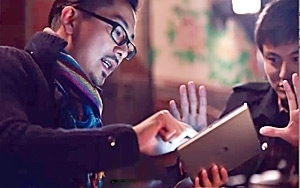 Editor's note: This week, Marketing Daily brings you exclusive coverage of the Brand Keys 2014 Customer Loyalty Engagement Index (CLEI). Each day, expect a report on key product/services categories from among the 64 surveyed for this year’s study, including automotive, electronics, retail and technology. This installment provides highlights from the telecom, entertainment, technology and electronics categories.

Welcome back to the top, Apple.

After falling behind Samsung in several categories last year, Apple is once again at the top of several lists when it comes to the 2014 BrandKeys Consumer Loyalty Engagement Index. Apple topped the laptop, smartphone and tablet categories (tied with Kindle), and its iTunes platform placed well in the new Online Music and Online Video Streaming categories as well. Apple’s resurgence was boosted by the introduction of newer products, particularly its colorful line of 5C iPhones, says Brand Keys founder and president Robert Passikoff.

“It was nice to see that they had managed a lot of what they needed to do to reengage with consumers,” Passikoff tells Marketing Daily. “The whole issue is meeting expectations, and in technology, [those expectations] keep growing and growing.”

The introduction of the lower-priced 5C phone (which came in several colors that could be further varied with colorful cases) acknowledged that Apple needed to expand its market beyond the loyalists, Passikoff says. “Sometimes its a matter of taking a step back and acknowledging that your can expand market share by doing something that’s more price conscious,” he says.

Don’t cry for Samsung, however. The Korean electronics maker continues at or near the top of the categories it competes in as well, leading the flat-screen TV category and coming in second among smartphones, tablets and laptops.

Meanwhile, the electronics, telecommunications and entertainment industries were also major beneficiaries of the new categories added by Brand Keys in this year’s Index. Many of the categories (such as headphones, online music streaming, online video streaming and instant messaging apps) reinforced the prominence of many brands in the categories (Beats topping the list for headphones; Netflix and Amazon leading among video streaming services, for instance), while introducing several brands that may not yet be on the general consumers’ radar screens (e.g., leading instant messaging app, What’sApp). Moving forward, the question will be how these categories change in the coming years, Passikoff says.

“Decent marketing can keep you alive for awhile, but as the paradigms for technology change, it can only do it for a little while,” he says. “Ultimately, there will be a culling of the categories as expectations move up.”