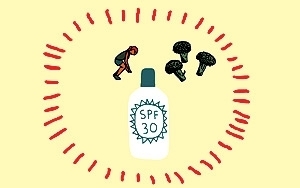 The Seattle Cancer Care Alliance is launching a campaign that focuses not on curing or alleviating cancer, but on prevention.

The $1-$2 million campaign represents over 35% of Seattle Cancer Care Alliance’s total 2014 marketing budget. Called “Do One Thing,” it promotes cancer risk-reducing lifestyle changes that people -- especially adults age 45 and older and particularly women -- can make on their own, without participation in any hospital program.

The campaign strategy borrows from current motivational psychology thinking on habit change which suggests that when asked to change many habits, people often change none. However, if they are asked to change one habit, they are more successful. As it relates to cancer prevention, people are counseled to avoid some foods, eat others, exercise, use sunscreen, stop smoking, and more. This often leads nowhere.

An accompanying video shows three would-be cancer avoiders do a lot of attempting, a good deal less succeeding, at dozens of different healthy lifestyle changes. The video is at new microsite sccadoonething.org , which also includes recipes, exercises and advice.

To drive site traffic, a 30-second TV commercial, animated by New York Times op-ed illustrator Drew Christie, runs on all broadcast networks (“There’s no way to guarantee you’ll be cancer-proof. No magic trick. Still...” it closes, “our ultimate goal is to keep you from ever becoming a cancer patient”). This is the second campaign that Christie has worked on for the hospital.

A 60-second radio spot runs on NPR and major news format stations, all within the Seattle DMA. In addition, banner advertising will run across various healthcare networks.

There is also a free Do One Thing app, for iOS or Android, which allows users to set goals, then gives reminders and tracks your progress. The tracking can be private or shared socially.