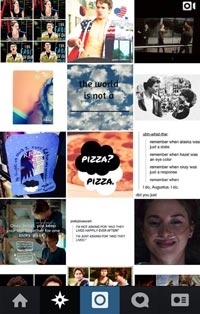 Five influencers are responsible for generating more than 350,000 engagements on the social media platform Instagram to support 20th Century Fox Film’s summer movie, “The Fault in Our Stars.”

This influencer campaign was developed by Instagram marketing firm theAmplify, which uses a proprietary technology called SharedRank to create an algorithm that provides strategic analytics and advanced audience targeting.

With this technology, theAmplify offers scalable solutions that naturally weave branded content, such as “Fault In Our Stars,” into more than 70 million people’s Instagram feeds on a daily basis utilizing an exponential number of key influencers. Simply put, identify popular people, get them to talk about something, and let their presence multiply.

In order to promote “Fault In Our Stars,” theAmplify, through its ShareRank technology, selected five particularly appropriate influencers to attend a screening for this film. For this particular event, they were not paid. In fact, the only incentive offered was to attend the screening.

Then these five influencers organically shared their experience to their followers. That was all. And although most campaigns have guidelines and parameters, this screening event was all organic postings. Fox did not request theAmplify post photos or engage in pre-publicity. There were no terms or agreements on how or when to post.

Ultimately, the campaign is credited with reaching 16 million social followers on the platform. Still, the key to success is to separate the wannabes from the power players.

“As the first and only Instagram marketing firm to use technology to understand key influencers, we were able to conduct extensive analysis in selecting the best influencers to reach the most desired audience of this film,” said Justin Rezvani, CEO of theAmplify. “By incorporating data-driven research and a native approach to marketing on Instagram, we were able to make true connections between the film and moviegoers, which in the end moved the needle in box office ticket sales.”

Founded in January 2014, theAmplify works with a number of movie studios and companies, including Redbox, on similar Instagram influencer campaigns.