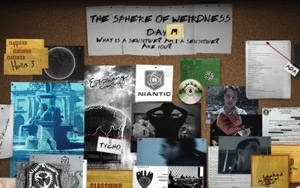 Google finally launched Ingress, its mobile-augmented reality game, for iOS devices. The version arrives months after its release on Android. The game's story, which progresses in real time as it delivers clues weekly, centers on The Enlightened and The Resistance, two factions who compete against each other to unlock clues about a magical technology.

The game originated as part of the Niantic Labs project. Players claim local landmarks in the real world to earn points for their teams. A mysterious energy has been unearthed by scientists in Europe. The origin and purpose is unknown, but some researchers believe it is influencing the way people think, so they must control it before it controls them. '

Google has set up Twitter and Google+ account to track the progress of the game and give clues. The game played out globally already supports thousands of players. The game launched to tech geeks in 2012. Since then, the company has put on at least one physical event.

The global that ran earlier this year attracted more than 12,000 people to gathering in 65 cities around the world. During the live events, players walked more than 74,000 miles and throughout the first half of 2014, interacted with real-world sites more than 22.4 million times.

The back story of the game integrates with the physical world to run in real-time based on geo-location and mapping technology. Ingress allows people to participate in the fictional project, and some hope that Android running watches and Google Glass will become devices that tie into the game.