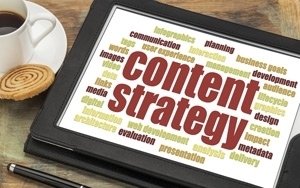 Brand marketers spend thousands of dollars developing content, but they don't know for certain whether it will drive conversions. Content marketing isn't new, but it's changing the face of marketing. One company believes it has found the formula to determine the success of content before it is produced or written based on its research that shows 80% of the content's performance gets identified at the idea stage before fingertips hit the keys.

Not all words carry the same significance for each search engine, but Skip Besthoff, CEO of InboundWriter, believes he has found the formula to determine success. The company recently reconfirmed its research released last fall, which shows that only 20% of a site's online content drives 90% of its Web traffic. The company's analytics team wanted to know why, so the group analyzed hundreds of thousands of search queries, categorized millions of Web sites producing organic results, and then tested the actual organic traffic data sets of more than 50 customer Web sites. The results found the domain where content will publish, and the article topic made a dramatic impact on content performance.

Search engines have become semantically sophisticated, and know when an article is about BBQ in Boston -- no matter how you spell the word "barbecue" based on the context of the copy. The question for marketers becomes "should I write about the best barbecue in Boston" that will publish on a Web site in a city known for fish? And if I do publish that article on the best BBQ in Boston, should I include a video that might compete with a local television news station about the same subject, which might get higher ranking on Google and Bing based on quality scores, longevity, and other factors?

Asking and answering questions does not necessarily require seeing the text. It does require feeding into a predictive algorithm the specific data related to known factors that influence performance around competitiveness, popularity, intent, and uniqueness to determine the success or failure of the content. Adobe Systems did something similar with its predictive platform, Adobe Social.

Knowing the words people search on isn't enough. It also takes understanding all the ways people seek information, and knowing the percentage of the time they seek information in the same way, helped to build a predictive model focusing on clusters of keywords rather than specific keywords.

Understand what content will post where, first. Determine who will read it and why. Then gather the data around competitiveness, popularity, intent, and uniqueness, and analyzing the data through a predictive algorithm -- Besthoff claims the technology can predict the success or failure of a piece of content.

InboundWriter tested the theory with data sets from 50 Fortune 2000 Web sites and publishers. For each the company analyzes between 25 and 100 piece of content. Data is run through the model to predict whether the piece of content, if unpublished, would produce high-or-low traffic results. The company compared it with actual results. Each piece of content received a score before running it through the predictive model to calculate a correlation coefficient measured on a scale of 0:1. "We will never have perfect statistical predictability because there are way too many variables on the Web," Besthoff said. "We found a clear gap between content driving and not driving traffic."

"Content strategy word on a digital tablet" photo from Shutterstock.