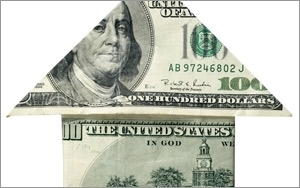 Overall, marketers in the U.S. will spend more than $103 billion on search, display, social media, and email marketing by 2019 -- growing at a 12% compound annual growth rate (CAGR) -- but search will remain the largest share of interactive spend, per a study from Forrester Research released Monday.

The study -- U.S. Digital marketing Forecast, 2014 to 2019 -- points to search as the largest share, social media investment will grow faster than any other interactive channel. The growth should prompt some interesting changes in marketing such as introducing personal networks for promotion and commerce, signaling brand supporters, and making agencies realize the importance of marketing clouds.

In fact, the latest Forrester forecast showcases rising investments in interactive marketing during the next five years and outlines what this means for marketers. It's important to note that while interactive marketing will overtake television advertising in 2016, its pace of growth is starting to slow slightly. Forrester attributes the change to upward and downward pressures affecting projected digital investment.

Three factors will contribute to an increase in interactive investments through 2019 -- for starters, a recovering economy that boosts tech confidence, followed by more media for advertisers to buy  and a marketer's ability to prove performance, which has become extremely important.

During the next five years paid search and organic optimization will top $45 billion by 2019, per Forrester. The report highlights the growth in Google's ad revenue: a 17% increase in 2014 Q3, despite declining ad costs. Forrester attributes the growth to the fact that Google click volume has seen double-digit growth each quarter since 2007.

Forrester points to an increase in click rates by 20% between Q1 and Q2 in 2014 for product listing ads (PLAs) -- directory results based on product feed data that had been gratis prior to May 2014, and now generate a higher volume of absolute clicks from fewer impressions than Google's standard paid listings do, and cost about 50% more per click.

To remain consistent with guidance from Forrester's mobile marketing playbook, the research firm now represents mobile as a deployment option similar to desktop for search, display, or social ad impressions. The report does call out that mobile accounts for 66% of the growth in interactive spend during the next five years. Investment in mobile for smartphones and tablet search, display, and social media will top $46 billion by 2019.