U.S. Army To Conduct Review Of Its $1 Billion Ad-Marketing Assignment 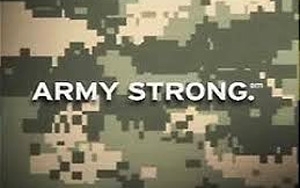 The U.S. Army is preparing to conduct a review of advertising and marketing services assignment, a rep for the service confirmed.

The Army spends about $200 million a year on marketing and advertising services, according to a posting filed today by the service on its upcoming review. Annual revenue from the assignment is estimated at $15 million.

McCann Worldgroup, the current incumbent, is being invited to defend the account, which it has held since 2005 and successfully defended in 2011.

The current contract, valued at $960 million, includes a one-year term and four one-year options to renew.

The scope of work includes a “full range of services” that involve strategy, advertising, media planning and buying, and event marketing, PR and more, per the posting.

The Army is holding an “Industry Day” event on December 3 in San Antonio, Texas, that the service said is intended as “market research tool for assessing industry capabilities and allow for networking among interested offerors.”

A formal RFP will be issued early next year, the Army rep said.