Dove Men+Care To Advertise In The Super Bowl 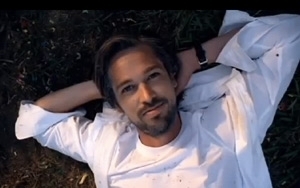 Five-year-old brand Dove Men+Care will be in the Super Bowl with a TV spot introducing a new campaign that supports "the brand's commitment to celebrating modern men and authentically showcasing moments of care in their lives," per a release.

The Unilever brand's first Super Bowl ad was in 2010, when it ran a humorous spot following the lifespan of a realistic guy from conception through adulthood, with various hijinks around being a kid, being a jerky teen, marriage, his wife’s birth, during which he faints, his vision of little versions of himself and his terror at being old. It's based on research which revealed that 73% of men felt falsely or inaccurately depicted in advertising.

The brand has made its marketing something of a cause around dads as an ignored parent in media. The company has gotten over 12 million views for one video showing kids of all ages playing with, calling for, and confiding in their fathers. That was a June effort, kind of a men's version of Dove’s “Real Beauty Sketches” for women in last year.

Other efforts include campaigns using athletes work outside of their sport around personal comfort, and an effort with basketball stars and their kids. One included a video series featuring Dwyane Wade of the Miami Heat around March Madness.

Last year the brand ran ads launching its line of male facial-care products, a category that isn't a huge draw for guys. The ad showed men in situations where there faces are splashed, blown on, and generally tormented. The company is also doing Super Bowl content on Dove Men+Care on YouTube and Facebook, Twitter and Instagram.