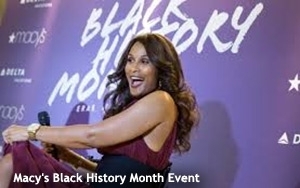 The Macy’s assignment will be led out of Walton Isaacson’s New York office.

The appointment follows a formal RFP process and competitive review. The company earmarks an estimated $40 million to $45 million annually in measured media to reach the multicultural audience.

Macy’s has worked this year with Walton Isaacson on several key initiatives, including the Black History Month national tour and events focused on Black Style Innovators with Beverly Johnson, as well the American Icons campaign.

The retailer was pleased with the resulting consumer engagement and other results stemming from those projects, which helped put the win over the top for Walton Isaacson.

Aaron Walton, Walton Isaacson co-founder and partner, said: “We are delighted to be named as Macy’s multicultural agency. Enhancing brand equity among the multicultural core and its millennial shoppers represents a significant opportunity for the Macy’s brand today and tomorrow.”

Reginald Osborne, Walton Isaacson’s VP Black and LGBT consumer marketing, said, “Macy’s recognizes and celebrates the cultural heritage of their diverse consumers with targeted in-store events across the year, including during Black History and Hispanic Heritage month, among others. It is our job to help Macy’s further leverage those cultural events to enhance their brand affinity among multicultural consumer.

The incumbent was Vox Collective which had worked on the business for a number of years.