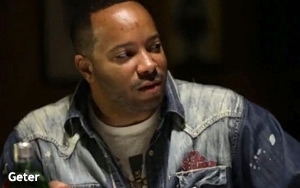 Tanqueray is introducing a new marketing initiative this year: a series of "mentoring" events featuring successful entrepreneurs from the fashion and entertainment worlds.

The "Tanqueray Trunk Show" will be held in six markets. They launch in New York City on Jan. 31 and conclude in Houston on April 11, with stops in Washington, D.C., Atlanta, Chicago and Detroit in between.

Each show will include a daytime event with a panel discussion about "how to play and win at the style game."

Panelists include Maxwell Osborne, head designer for the Black Apple and Public School brands; Ronnie Fieg, owner and designer of footwear boutique KITH NYC; Jason Geter, founder of the Striver's Row apparel line and manager of stars such as Iggy Azalea; and DJ M.O.S., a top D.J. and known for his fashion influence.

The panels will be hosted by Coltrane Curtis, founder of brand solutions agency Team Epiphany and a former MTV Style VJ and Complex Magazine editor.

An evening event at each show will feature cocktails and networking -- and in some markets, a performance by Golden Globe Award-winning Chicago rapper Common.

"We see this program as a riff on the traditional trunk show,” says Keith Scott, Tanqueray senior brand manager. "Our goal is to inspire and equip the next generation of successful entrepreneurs, while enjoying some great cocktails and compelling music along the way."

The 180-year-old gin brand, known for quality and for being "sophisticated and fashionable, but not trendy," underlines its positioning through association with "cultural pillars," including fashion, Scott tells Marketing Daily.

The panelists and the brand's agency partners will choose prospective attendees to receive invitations to the events. In addition, following the New York event, the brand will encourage fans to follow #TanquerayTrunkShow on its Facebook, Twitter and Instagram pages to learn more.

Tanqueray has created an introductory promotional video for the events series that features the panelists (Geter is show in the clip above). The brand will also be releasing videos using highlights from the events that underscore the importance of mentoring in business.

Tanqueray's broader marketing plan for 2015 calls for continuing  "Tonight We Tanqueray," the umbrella campaign it launched in summer 2012, reports Scott.

Facebook has been Tanqueray's dominant social channel, but the brand is currently devoting more attention to developing Twitter and Instagram (a favorite of fashion enthusiasts), to "achieve more balance" among the three channels, says Scott. Tanqueray is "perpetually test marketing" on social, and its emphasis is on creating "substantive" content, he says.

As a whole, the gin category has been growth-challenged in recent times. Overall gin volume (cases sold to accounts) was down by low single digits last year, and dollar sales to distributors (shipments) were roughly flat with 2013's, according to Nielsen data supplied by Tanqueray.

"Premiumization is driving the gin category, so Tanqueray is well positioned," says Scott.