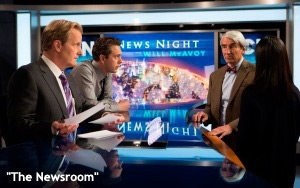 Could Yahoo emerge in 2015 as the new face of journalism? Some think it's possible -- as with additions to its staff like former Fortune magazine editor Andrew Serwer, former New York Times columnist David Pogue, and Katie Couric, newsrooms and media use are in a constant state of change.

Cision's The State of the Media 2015 Report examines traditional and social media, the rebranding and reinvention of big-name media companies, such as Yahoo, and the rise of mobile, video and new media entrepreneurs.

Compiled by Cision Media Research, the report also includes mobile and social insights based on a survey of 200 journalists, bloggers and influencers across broadcast, print and online outlets.

The report highlights the shift in the changing newsroom and media priorities, and the media industry's increase use of social media, mobile and video platforms, as well as how brands reimagine content models to reach readers. The change continues to create new revenue streams.

Big-name media companies sought to reinvent themselves in 2014 in terms of operations, offerings, products and personnel, going beyond the scope of traditional news, whereas online companies began capitalizing on content to build out original programming.

Major news and media companies, such as Tribune Media Company, Gannett Company and News Corporation, separated their broadcast holdings from their print products in an effort to boost value and opportunities for brands.

Restructuring and rebranding at media companies led to the reinvention of the newsroom and job losses, as the newspaper publishing industry found itself with reshuffled newsrooms and redefined job roles that emphasized digital media.

Media outlets recognized the benefits of mobile and continue to invest in it, seen through the launch of Yahoo Gemini and Nielsen's emphasis in mobile ratings.

The report reveals that despite beliefs native advertising could destroy the journalism industry, 43% of journalists had a favorable stance on native advertising, while 49% of respondents believed it would bring in more revenue than traditional advertising and paywalls and subscriptions in 2015.