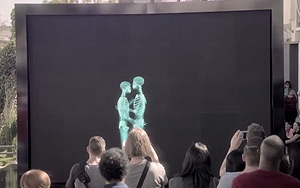 YouTube's Ad Leaderboard took a turn in March, racking up 166.2 million minutes watched for the top 10, up 8% compared with February. Overall, the ads earned 102.8 million views. The most popular videos on Google's online video site transitioned from focusing on the Super Bowl to celebrating life's diversities.

In February, six of the top 10 ads on the Leaderboard aired during the big Super Bowl game, many returning from prior months. In March 2015, the most popular ads came from new faces.

Clean and Clear’s "See the Real Me" campaign took the No. 10 spot with a story about a transgender girl being her true self in March 2015. At No. 9, Valspar engages with audiences through a unique experiment giving special glasses to people who are color blind so they can see color for the first time.

Counting backward, GoPro at No. 8 with GoPro: Didga the Skateboarding Cat had 3.4 million views; followed by No. 7 with #DearMe, What Advice Would You Give Your Younger Self?, 4.4 million views;

The GEICO advertisement with 5.8 million views makes a debut on the Ads Leaderboard at No. 6. The family: Unsippable Geico ad demonstrates the unique use of a skippable TrueView advertisement in which the advertiser doesn't pay for the ad if the view skips the ad within five seconds. By the time the ad reaches six seconds, a voiceover says "You can't skip this Geico ad because it's already over."

From 10 seconds through 1:04, the ad is freeze-framed except for a huge dog that jumps on the kitchen table and eats the family's food as they remain frozen in time.

Rounding at the top five, viewers chose to watch Welcome to the YouTube Music Awards 2015 about 7.7 million times. The Samsung Galaxy S6 and Galaxy S6 edge with Design story at 9.2 million views took the No. 4 spot.

The Samsung Galaxy S6 and S6 edge, Official Introduction, with 29.5 million views came in at No. 3, Durex - #Connect - Official with 36.7 million views at No. 2; and Diversity & Inclusion – Love Has No Labels with 47.6 million views took the No. 1 spot for March 2015 on the YouTube Ad Leaderboard.