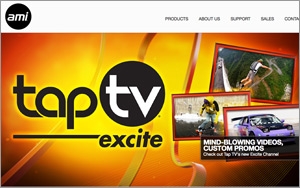 Eye Corp Media -- an out-of-home advertising company with a network of place-based media in over 300 malls around the country -- is branching out into nightlife venues through a partnership with AMI Entertainment Network, which has installed digital jukeboxes in over 23,000 bars and restaurants nationwide.

According to AMI, the network current generates 27 million paid transactions from users every month, including 2 million from mobile devices. Together with Eye Corp’s displays in malls, the combined networks allow advertisers to target audiences at the local, regional, or national level.

Another company, TouchTunes, carries ads on its network of interactive entertainment kiosks at nightlife and recreational venues, which guests can control with their mobile devices. Altogether, TouchTunes’ network reaches over 60,000 locations across the U.S. and 71,000 locations globally, reaching an audience skewing toward the 21-35 age demo, according to the company.