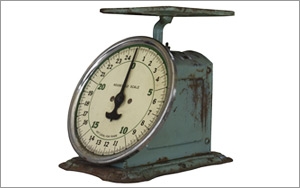 Nielsen, Roku, and Yahoo's BrightRoll made a series of separate announcements Thursday that aim to change the way marketers allocate budgets and buy advertising media as viewer behavioral patterns shift.

Video advertising measurement will be critical as marketers determine where to put their advertising dollars, especially as they shift funds from broadcast television to online video.

Nielsen said it will measure video advertising delivered to Roku's streaming players and TV models that deliver Internet streaming entertainment to the television.

The companies call the measurement a first for over-the-top (OTT) devices. The Roku audience data will appear in the Nielsen Digital Ad Ratings. Programmers will have an option to order information about viewer demographics so they can offer the equivalent of ratings guarantees — a feature that television networks have long provided.

Scott Rosenberg, VP of advertising at Roku, believes "all TV will be streamed, and with it all TV advertising." The capabilities will integrate directly into the Roku OS, enabling channel publishers and advertisers to measure and transact on the industry's metrics.

Separately, BrightRoll now integrates with Nielsen Digital Ad Ratings across its DSP allowing marketers to better plan, optimize, and report on campaigns from one platform at no additional cost. During the planning process, advertisers can forecast the intended target for their ads before spending any money to test the audience segment. It's based on Nielsen's in-target composition data.

"Although some of this digital revenue will come at the expense of traditional media, TV advertising will continue to increase," Paul Verna, senior analyst at eMarketer, said earlier this week.

Verna said it shows U.S. consumers have a healthy appetite for ad-supported visual media, and they care less and less how it's delivered. Brands will care. They will look for the measurement tools to quantify investments.