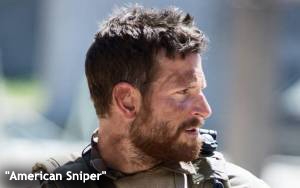 Screenvision, the company that sells advertising opportunities in movie theaters, predicted it will have a “robust” upfront sales season this year, based on what the company hopes will be a summer of blockbuster movies.

And he expects continued growth for in-theater advertising in the months to come because of the upcoming releases of “Star Wars VII: The Force Awakens,” “James Bond: Spectre,” “Mission Impossible 5” and “The Hunger Games: Mockingjay, Part 2.”

Among the categories from which Screenvision hopes to see increased spending this year are travel and leisure, and health and beauty, said Katy Loria, executive vice president of national advertising sales. Currently, the biggest category of advertiser using in-theater advertising are TV companies promoting their shows, Loria said. “These are media companies that choose movie theaters” for their own advertising, she pointed out.

Movie attendance is an important consideration for Screenvision, whose business depends on it to a large degree. One of the points the company stressed: Research indicates moviegoing is relatively stable.

The company made the claim that no matter how much time people are spending these days watching video content at home or on multiple devices, they still find time to go the movies.

To better define the movie audiences, Screenvision says it can offer prospective advertisers, the company made two announcements. One was the launch of a “big data and insights initiative” called Project Lynx, an ad-targeting tool that Screenvision says will help agencies and their clients to create and customize in-theater ad campaigns to better reach specific audiences.

The other announcement was an “alliance” with a company called SITO Mobile, which Screenvision said “will collect information on moviegoers through its geo-fencing mobile data management platform.” The data will be used to make Screenvision’s on-screen targeting capabilities even more precise, the company said.

“All screens are not created equal,” said Loria at the Screenvision upfront, which was held inside the cavernous former United States Post Office on Eighth Avenue that will eventually become an Amtrak train station.

“Screenvision directly addresses the issues of viewability and audience demographics, while delivering a customizable platform,” Loria said. On the subject of viewability, Loria and other Screenvision officials noted that in-theater advertising has “no viewability issues” compared to other video content media such as on-line, where video is known to freeze or otherwise become disrupted by buffering. And there’s no ability for a viewer to fast-forward through an in-theater ad either.

If there was a main theme in the Screenvision presentation, it was the company’s contention that advertising seen in a movie theater gets the attention of viewers like no other form of on-screen advertising, due to a combination of factors that are unique to the moviegoing experience.

John McCauley, senior vice president of strategic alliances for Screenvision, pointed out that, in movie theaters, the audience for advertisers is sitting in the dark or (semi-dark before the feature begins) with little else to do but stare at the movie screen. He described the environment this way: “44-foot screens and immersive sound in an immersive setting where you’re going to see the ad.”