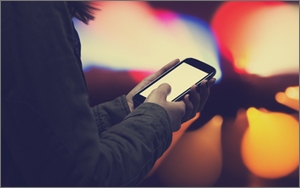 A growing need to track performance in mobile applications prompted Google to build out a tool that tracks metrics, and sign on partners to support the move. The company announced Google Analytics for Apps Thursday at its annual I/O conference. The tool provides greater transparency into the effectiveness of ads across networks such as the performance of mobile app install campaigns and understanding the lifetime value of users on Android and iOS devices.

The release comes with a list of more than 20 ad network partners, including inMobi and Millennial Media. Data integration with these partners provides insight into the value of the apps across networks based on the metrics such as lifetime value and retention.

In the next few months, brands will have the ability to "postback" conversions, referring networks to optimize traffic--all made possible with one software developers kit (SDK), explains Jonathan Alferness, VP of product management at Google, in a blog post.

The move toward mobile requires brands to integrate a variety of data. So, Google now gives brands the ability to integrate app install and event data into AdWords from third-party measurement partners such as Adjust, Appsflyer, Apsalar, Kochava, and Tune. The deal aims to increase measurement accuracy between different trackers in AdWords

Tools to determine performance will become the differentiator when it comes mobile advertising, as competition continues to grow. Google's share of the worldwide mobile ad market fell to 38.2% in 2014, down from 46% the year prior, according to eMarketer. Facebook increased its share from 16.4% to 17.4% last year as global mobile ad market expanded more than 50% to $42.63 billion in 2014, according to the data firm.

One campaign can run across Google Search, the AdMob network, mobile sites, YouTube and Google Play. Advertisers need to input a few metrics about the app, such as context, audience, and budget, and the platform automates the rest. Google's ad creation and bidding engines pull together the data to determine the best performance for campaigns. Search Ads on Google Play and Universal App Campaigns will rollout to developers and advertisers in the coming months.