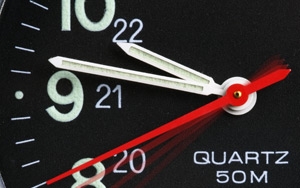 Google's quest to understand human behavior in the moment has led it to look past real-time marketing and expand its view on programmatic to determine what makes people search for information, buy a product, or watch a video at any given time.

Not in real-time, but in the moment at the time in which the event occurs across screens. The model, torn from the pages of a book on search engine advertising and marketing, aims to benefit publishers and brands using DoubleClick.

Mobile campaigns don't get enough credit for the amount of conversions that each drive, said Neal Mohan, Google VP of video and display advertising. At Google's annual DoubleClick Leadership Summit Wednesday, Mohan introduced tools that allow marketers to track conversions when an ad on one Web site leads to the purchase of a product on another, even when ads serve on different devices; make programmatic direct transactions; scale native advertising; target ads in the moment on mobile, verify views on display and video advertisements.

In fact, Google has spent the last several years trying to measure how to attribute digital ad campaigns, whether or not they run on Google's sites. The company continues to push from standard of measuring served to viewable impressions for every device across display, video, and mobile.

On Wednesday, it made cross-screen measurement available for all digital media buys across DoubleClick platforms in the coming weeks. The company also released 34 additional benchmarks to show insights about cross-screen consumer behavior.

It also takes a marketplace to buy the media. Mohan announced Programmatic Guaranteed, guaranteed inventory sold programmatically at pre-negotiated rates, and a way to discover those deals in Marketplace, available soon in DoubleClick Bid Manager.

Mohan said Programmatic Guaranteed enables marketers to complete the transaction in four steps, rather than 40 steps for an up-front media buy. Early numbers show CPMs at 15-times the open market rate. On Google's platform the volume of programmatic direct transactions has jumped two to three times in the past year, growing at more than 100%, compared with typically transactions at about 25%. Today, eight of its top 25 publishers now sell at least 10% of their impressions via programmatic direct, according to Mohan.

Mohan also spoke about an ad-serving tool geared toward native advertising, sponsored content paid for by advertisers. Native Ads for DoubleClick will let publishers create their own custom native format and decide what ads on their apps should look like. DoubleClick then automatically generates the ads, serves them, and provides metrics to fine-tune the ad campaigns.