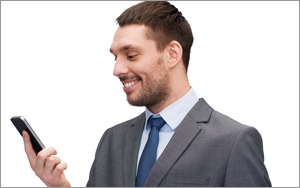 Mobile messaging apps present an interesting opportunity for marketers to become part of the consumer conversation, especially when it comes to mobile addicts, who use messaging apps 556% more than the average consumer, according to recent data.

This market segment launches apps 60 times or more daily, said Simon Khalaf, SVP of publisher products at Yahoo. From Flurry data, he estimates 89% of a consumer's time on a smartphone is spent in apps.

As consumers launch those apps, they increasingly look to conduct search within applications. That's one reason Yahoo created Search in Apps, to help developers build in the ability for users to search results in the application.

Marketers also can link native advertisements within the applications to search results. As in-app search becomes increasingly popular, marketers can leverage the native stream in apps to connect with other content.

When the analysis looks at mobile addicts the findings reveal growth at a much faster rate, up 59% to 280 million in Q2 2015.

Putting the data into perspective, if the number of mobile addicts there were in 2014 had the population of the eighth-largest country in the world last year, slightly below Nigeria. In 2015, the growth of this specific population would have propelled that country to the fourth spot, just below the United States and ahead of Indonesia.

Khalaf seems most surprised by the finance category. It turns out mobile Addicts use finance apps 2.5 times more than the average mobile consumer.