Mobile Taking More Of The Search Budget Amid Challenges 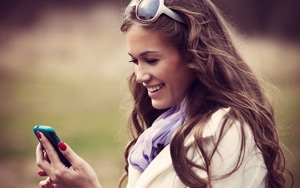 Mobile continues to drive brand budgets in search advertising as nearby searches rise. The Americas saw double-digit year-over-year growth in search advertising spend, mostly driven by a 77% YoY increase in spend on smartphones, according to recent data. The move comes as social marketing, reviews and predictive analytics play a more important role. The challenge for advertisers is learning and adapting to new technologies.

Paid-search impressions YoY on desktops fell 10%, but rose 128% on smartphones and 3% on tablets. Clicks rose 7%, 79%, and 1%, respectively, according to one Kenshoo study focusing in on the Americas.

Kenshoo analyzed 550 billion ad impressions on digital media properties such as Google, Bing, Yahoo and Baidu, as well as on social platforms such as Facebook and Twitter, which the company claims in aggregate equates to $5.5 billion worth of advertising spend. The company released two studies this week.

Mobile ad spend globally accounted for more than 6% of all paid-for social ad formats, up 167% in Q2 2015 compared with the year-ago quarter, according to the study. Mobile search advertising accounted for 38% of all spend, and the amount spent on desktop ad units fell by 2% year-on-year among Kenshoo's clients.

America's mobile search advertising share of spend during the second quarter of 2015 was 39%; and clicks, 44%, up from 31% and 36%, respectively, among Kenshoo's clients according to the study.

Combine social with search marketing, and advertisers are beginning to see the benefits from location-based search advertising and how social, reviews and predictive analytics play a part in targeting. Challenges still exist.

Adobe Systems points to a few challenges and predictions. Ticketmaster International Vice President Insight Sophie Crosby, for example, sees marketers having challenges adapting to a new era in search, as well as embracing the technology that comes with it. She calls it "predictive search," described as contextually relevant information accessible through indexed apps.