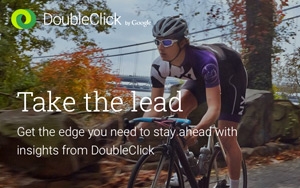 Third-party ad validation for some Google products got a shot in the arm Tuesday. comScore made Campaign Essentials available to brands in the U.S. using DoubleClick across DoubleClick Digital Marketing, and DoubleClick for Publishers.

The expanded deal gives media buyers near real-time access to audience delivery metrics like frequency and gross rating points (GRPs) for digital display and video campaigns that are directly comparable to TV and other traditional advertising.

The numbers measured by Google are now verified by an independent third party -- a goal that Neal Mohan, VP of video and display advertising at Google, views as important. He wants Google to give clients the tools to "measure every moment."

For media seller, it's about verifying the ads hit an intended audience, demonstrating the value of the ad units on the site, adjusting campaign delivery in real-time to achieve specific goals for advertisers.

Brands using Google's platforms to advertisers across its network will eventually see the see vCE integration across the complete DoubleClick product stack. In real time they will have the ability to measure performance in real time, Serge Matta, president of comScore, said earlier this year. It gives advertisers the proven metrics seen in television now in digital.

The partnership, offering a real-time audience metric designed to help brand marketers easily measure campaigns across screens, was announced in February by Mohan during his keynote presentation at the IAB Annual Leadership Meeting.