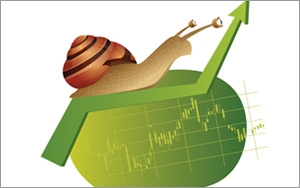 Total worldwide ad spend will reach $569.65 billion in 2015, down from eMarketer's forecast of $577.79 billion released in March. The revised numbers are due to lower-than-expected ad spending in Latin America, North America, and Western Europe.

Paid media spend worldwide will climb 5.7% in 2015, resulting from an increase in digital advertising investments. Global digital ad expenditures will jump 18% in 2015 to $170.17 billion, or 29.9% of the total advertising market.

Worldwide ad spending will reach $719.20 billion by the end of 2019, but the pace of growth will vary across regions. Western Europe will see the slowest growth and Latin America will experience the fastest. eMarketer attributes a variety of factors to the shift, including economic growth and the level of digital media maturity.

North America has the highest ad spending worldwide, with $195.26 billion predicted in 2015. By 2019, Asia-Pacific will overtake North America as the leading advertising market by $1.35 billion.

Total ad spending will grow 4.5% this year, less than the 5.2% forecast in March, slower growth than previously forecast. The downward adjustment is the result of lower-than-expected expenditures on TV, newspaper, radio and magazines in the U.S., according to eMarketer

North America also has the highest mobile Internet ad spending worldwide, supporting the most developed mobile ad market valued at $31.53 billion for 2015 and 43.8% of the world's mobile ad expenditures.

Mobile ad buys in the U.S. will reach $30.2 billion in 2015. Canada will reach $1.3 billion this year. Both the U.S. and Canada will record double-digit growth in mobile throughout the forecast period, fueled by increased spending on mobile video, mobile social networks and mobile search formats.