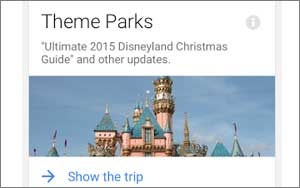 Browser-based search has been the gatekeeper to the Web for the past decade, but what happens as apps, social sites, and retail Web sites replace search engines as the entry point for consumers to seek information? BIA/Kelsey's research looks at the state of mobile and local search, and how emerging technologies will influence the change.

With 85% of mobile time spent in apps, per Nielsen, users sidestep the browser where Google has established dominance. Google, Bing and Yahoo support trillions of Web pages sorted and served by advanced index and algorithms. The move to mobile will force a shift in the engine's ability to make money and drive consumers toward $7 trillion in U.S. local commerce, according to BIA/Kelsey.

It's not just smartphones, but connect-Internet devices. BIA/Kelsey identifies that the second major shift will come from deep linking -- the act of indexing content within apps and providing tools for developers to link from one app or from the Web to deep within other apps. It's similar to what happens from an email link to a retailer's Web page for a specific item.

Google Now -- a push-based discovery app, also called a "personal assistant" -- will be the biggest test of how Google will live in the app-centric multiscreen world according to BIA/Kelsey. By pulling in data from email, calendar, maps and weather apps, Google Now tells users flight information, weather and road conditions.

Rather than serve 10 blue links, it serves information on "cards" that the user can flick away with an index finger when done reading it.

When users are not in the app, content is delivered by push notifications to the home screen. These can become highly targeted and relevant if done correctly. The push approach could displace traditional active searches. Since Google Now perpetually searches on users’ behalf, pushing results when predefined relevance thresholds are triggered, these pings are seen as a proactive search result. BIA/Kelsey believes that regardless of how they are categorized, they are a vessel for organic and sponsored content.

Google Now builds efforts around online and offline conversions. BIA/Kelsey explains that the combination is important because of size. Despite e-commerce’s attention and fame, it only accounts for about 7% of U.S. retail spending, according to the U.S. Census Bureau. The other 93% occurs offline, and nearly 100% of local services happen offline, per the research firm.

"In total this accounts for about $7 trillion in U.S. consumer spending," according to BIA/Kelsey estimates. "More importantly, $2 trillion of that is influenced in mobile. So the name of the game is driving offline conversions from engagement points that originate on smartphones."

It's a topic we will explore at the next MediaPost Search Insider Summit in December.