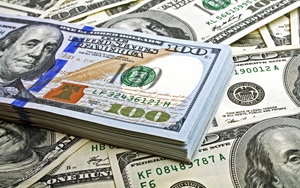 S4M (Solutions for Mobile, a mobile-focused ad-tech platform), released the findings of a global study Tuesday showing that the mobile market is missing out on an additional $10 billion in revenue, due to a system-wide lack of transparency.

The study measured 1 billion ads across 30 campaigns, looking at both HTML 5 ads, typically used in branding campaigns, and static ads which are most often used in performance-based campaigns.

Twenty percent of the ads in the HTML5 format were found to have viewability issues. Almost 40% of ads in static formats appeared in unfavorable contexts.

Both ad formats suffered an 8% loss as a result of being displayed in the wrong display environment. In addition, S4M’s study found that campaigns with ads in static format are often performance-based — and this explains why ads are sometimes disseminated in adverse contexts.

According to eMarketer, the mobile market accounts for $68 billion. A $10 billion loss accounts for nearly 30% of the burgeoning market.

In conjunction with the study, S4M released a transparency measurement tool, called the AdVerification Score, which evaluates brand safety, device-targeting and viewability in each mobile ad, giving impressions a score out of 1,000. AdVerification measures performance from the ad request — the moment when an ad is called — until the ad impression, which is the actual moment when the format is delivered to the user.

S4M is based in France, but has been putting its foot in international doors for the past year, breaking into the U.S., greater Europe, Brazil and South America, as well as China.

COO and UK CEO Fred Joseph says that despite all the international expansion, transparency and viewability are the company’s main focus at the moment. Their own internal standard for a viewable ad is actually more stringent than the IAB standard, with viewable ads counting only when 100% of pixels are visible for one second.