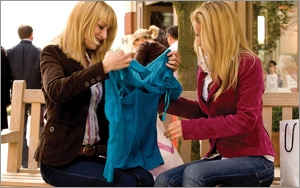 Despite ongoing efforts and technology advances on mobile and search engine query results, a recent study shows that long-term loyalty and customer engagement continues to decline. The research found that 18% of consumers say they have not had a good customer experience recently. This figure rises to one in three in France, significant room for improvement.

Looking across the nine countries surveyed, Verint Systems' research, conducted in collaboration with Ovum and Opinium Research, found that on average, 61% of customers have been with their current bank, grocery store, mobile phone, utilities, insurance or credit-card company for more than three years.

The research finds that 89% of respondents say good service makes them feel positive about brands, whereas 11% say how they are treated has no impact on their attitude toward companies.

Some 31% of consumers participating in the survey admit finding a cheaper alternative would prompt them to make the switch to another provider, followed by 19% who would remain loyal no matter the situation. About 18% say that impolite, rude or uninterested staff would make them switch, followed by 16% saying that too much effort to get what is needed would prompt a switch; 11% saying they would switch because of too many mistakes; and 5%, other.

The study analyzes effective customer engagement and what drives loyalty and churn. The report is based on a global survey of more than 18,000 consumers, including more than 2,000 U.S. consumer responses, which reveal customer service expectations and the nuances of balancing personalization with faster customer service and issue resolution.

Despite living in a world where data fuels personalization and targeted customer service, the research reveals some different perspectives. Some 52% like it when customer service is personalized to them and their interests. Poland is where this seems to matter most, 72%, followed by South Africa and New Zealand at 59%. The lowest was the U.K. with 37%.

While 51% felt the customer service experience should reflect the consumer as a person, survey participants were less concerned about companies knowing their current mood and responding accordingly. Some 43% admit when companies make mistakes they are more forgiving of those they believe understand them. The results show a clear need to find the correct balance between personalized service and privacy to forge better relationships.

In the past few years, the industry has seen major advances in capturing and analyzing big data. Still, the research findings reveal nearly half of consumers are suspicious about how their data is used. The U.K. and Germany were the most concerned, 63% and 61%, respectively, compared with Poland at 28%.

Overall, 20% of consumers don't trust providers to keep their data safe, especially in the U.K. and France where this concern rises to 30%. These regions, along with Germany, express the most reservation and distrust toward service providers.