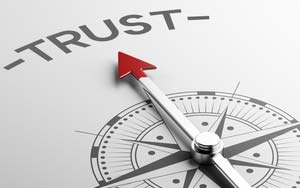 Trust in paid online and mobile ads has remained relatively consistent since 2013. Some 48% of respondents to a global survey from Nielsen say they completely or somewhat trust online video advertisements, but ads served in search engine results have fallen 1% to 47% in the past two years.

It makes sense that Millennials ages 21-34 have the highest levels of trust in online and mobile formats, followed closely by Generation X, ages 35-49. Millennials also show the highest levels of trust in 18 of 19 advertising formats and channels, including TV, newspapers and magazines, and they are also the most willing to take action on 16 of 19 formats.

This column was previously published in Search Blog on September 30, 2015.