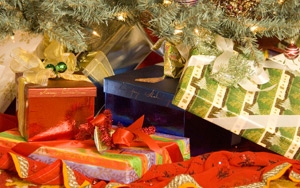 Amazon began aggressively reaching out to consumer with a mobile referral promotion that pays up to $10 for each new mobile app user. The deal, which only runs in the U.S. but available to all Amazon customers, requires current app users to share the Amazon App with their friends in exchange for $5 credit to spend on the site after the friend makes their first purchase. The friend gets the other $5.

Apparently a push in advertising is paying off for Amazon during the holiday season. along with its predictive search technology. Some 35% of respondents to a survey released Thursday name the marketplace as the starting point -- online or offline -- for their gift searches, 87% will comparison shop specific items, and 73% will buy from Amazon. Ironically, 29% say they're not familiar with Google Shopping.

The BloomReach study of 3,000 U.S. consumers, conducted by Survata, on holiday shopping behavior shows that Amazon continues to dominate where holiday shoppers search and spend their money. The search capabilities seem to outweigh the desired features. Just one-third of survey respondents cite price as Amazon’s biggest asset, and 43% are attracted to the site's intuitive ability to find or predict product choices more quickly.

"Forty Three percent of U.S. shoppers say they will abandon other sites for Amazon because it can predict what they want," says Joelle Kaufman, head of marketing and partnerships of BloomReach.

The study suggests search engines, specifically Google, are struggling to keep with predictive behavior. Some 39% of those participating in the study say Amazon has better product-searching capabilities, compared with 8% for Google. About 53% say Amazon and Google have equivalent search capabilities. Some 46% of consumers won’t use Google Shopping to look for gifts, and 68% of Google Shopping users said they managed to find the gifts they wanted on half the time or less. About 24% say they never found the correct gift.

When consumers knew the gift they wanted for a specific person, 40% named Amazon as the starting point for searches. When they did not know what to get someone, 35% named Amazon as the starting point, 23% named the search engines, 20% reported a preferred retailer’s physical store, 14% named a preferred retailer's Web site, and 6% said deal marketplaces like Groupon.

The survey results also delve into how to influence shopping behavior and regaining market share, specifically relating to search budgets and frustration.

When asked survey participants their main frustration with Amazon, 23% listed none, with only 8% thought search and navigation was a problem. Some 19% listed product uncertainty as the top frustration, 19% note price uncertainty, and another 19% said shipping.