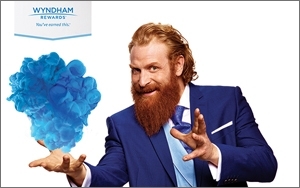 With the enormous popularity of the HBO medieval fantasy TV series, it’s no surprise that a story about Wyndham enlisting a “Game of Thrones” actor in its marketing activities was the top travel segment story of 2015.

Several stories about studies that examined brand perception that crossed all categories also proved to be popular: “Apple, Nike, Chipotle Emotionally Engage Millennials” and “Amazon Remains Best Perceived; Trivago Is One To Watch.”

A heartwarming story about Mars’ Sheba brand donating millions of cans of food to animal shelters was the top pet segment story last year. The campaign was tied to the National Random Acts of Kindness Day.

The company initially donated 2 million cans and then pledged to donate an additional 1 million cans -- one for every share, view or like of a video showing how happy the cats at one of the shelters were about receiving the initial donation through partner organization Rescue Bank. Consumers were encouraged to use the hashtags #ShebaGives and #RAK.

Another Mars brand garnered the second-highest readership in the category: “Mars' Temptations Intros 'Snacky Mouse' Treat Dispenser.”  The story detailed a marketing campaign to back an interactive toy, the Snacky Mouse. The weighted, mouse-shaped wobble toy is designed to dispense Temptations treats as cats bat, bobble and play with it.

In the financial services category, a story about two studies that examined the unique financial mindset of Millennials drew the most readers. Another story about a YouGov BrandIndex analysis looking at insurance companies was also popular. The study found that despite paying less attention to GEICO and Progressive advertising, consumers are still doing the same amount of business with the companies.