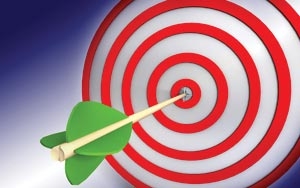 After six years of running the mobile advertising platform iAd, reports suggest that Apple will throw in the towel, by taking a step back and allowing publishers to take over the responsibilities of ad creation, sales, and the management of iAd.

Publishers as well as advertisers and their agency partners should view this as a great opportunity, a self-service programmatic platform to support display advertising across a network of sites. "Absurd" is the word some agency execs call reports that Apple doesn't care about its small mobile advertising business and that it's abandoning its iAds business.

"I think Apple is focused on their user experience and changing how advertisers and publishers can reach Apple users," says Rob Griffin, chief innovation officer at ad agency Almighty. "While this might be troubling to advertisers and agencies, I think this a boon. It will create a better quality experiences."

Saying that Apple doesn't care is similar to saying that Microsoft doesn't care about Bing. Completely untrue. In my opinion it's more accurate to say investors don't care, because of the low percentage of market share.

Let the hardware manufacturer manufacturer and sell hardware, and allow the publishers to control the ads. Allow the advertising platform to become a tool for publishers and brands, rather than a way to sink more money into Apple.

Although unconfirmed by SearchBlog, reports that suggest Apple has begun to disband the iAd sales force in preparation for the upcoming transfer of leadership. This is an opportunity to put more control in the hands of publishers by enabling them to sell their ads directly through the platform, and those who do will keep 100% of the ad revenue generated. Seems good to me.

Does Apple really need an iAd sales team with a self-serve programmatic platform? No word from Apple, yet.