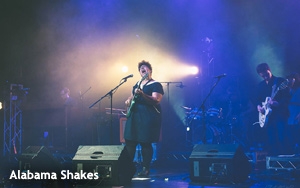 Spotify is moving its music streaming infrastructure to the Google Cloud Platform. The transition will occur during the next several months and should not result in any service disruptions, the streaming music site announced Tuesday.

Google may traditional support search, email, advertising and more, but its cloud services business continues to take giant leaps forward. Spotify, which historically relied on its own servers, hosts more than 2 billion playlists and gives consumers access to more than 30 million songs.

Users can search for music across any device by artist, album, genre, playlist or record label, while features like Discover Weekly suggest personalized playlists for millions of people around the world.

Nicholas Harteau, VP of engineering and infrastructure at Spotify, in a blog post calls the move a "big deal." He explains that historically the company took a traditional approach by buying or leasing data-center space, server hardware and networking gear as close to customers as possible.

The approach allowed music lovers to stream tunes instantly, but as the business continues to grow, the market and features must keep pace. It no longer makes sense for Spotify to operate its own data centers, so it chose Google's cloud platform over competing in the public cloud.

Harteau says the engineering team has already moved 250,000 of its 20 million user accounts onto Google's cloud, and will migrate its entire service to Google within 18 months.

Cloud services has become a competitive market among Google, Microsoft, Oracle, IBM and others, but Amazon leads. While Amazon lists Spotify as a client in a published case study, the music streaming site did not mention them in the release.

In the fourth quarter of last year, Amazon's cloud services generated a $2.41 billion in sales -- up 69% compared with the previous year. "To put the infrastructure piece in perspective, our estimate of Google [infrastructure-as-a-service] suggests that AWS is more than 18-times the size of Google's cloud business," Raymond James Analysts Aaron Kessler and Justin Patterson wrote in a research brief earlier this month.