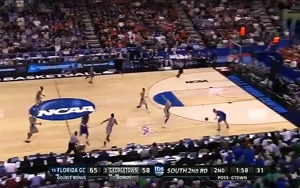 Turner Sports and Snapchat, the video/photo social media platform, are starting a unique deal that allows sports fans to use brand logos and other images in their content in conjunction with watching major TV sporting events.

The deal will debut during the NCAA March Madness event -- the men’s college basketball tournament.

As part of the deal, Snapchat says users will have access to a variety of official brand marks, imagery and behind-the-scenes “snaps” to better the storytelling of that premiere event.

For Live Story, Snapchat curates thousands of submitted snaps into a brief video broadcast globally to fans on their mobile devices. The company says 10 to 20 million users tune into a Live Story daily.

In addition, marketers will have the opportunity to align with a number of Snapchat advertising products, such as Snapchat’s 3V, full-screen ads running throughout user content in a Live Story.

The companies say the effort is intended to provide an organic platform for marketers for engagement and interaction.