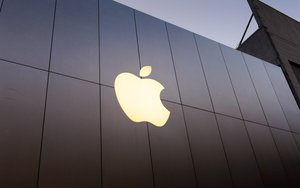 Apple is weighing its options to add search advertisements in its App Store. Call them paid or sponsored, the ads would appear at the top of the search query results page that appears in the Apple App Store.

The advertising model would charge developers to have their apps more prominently displayed at the top of the page based on keyword bids -- similar to how paid-search advertising works on Google, Bing and Yahoo, according to Bloomberg, citing sources familiar with the project.

Google began running install ads in mobile search results and the PlayStore in 2014.

App discovery is one of the biggest challenges for developers and a major part of the advertising revenue remains tied to promotion of the app.

Bloomberg reports that about 100 employees are working on Apple's sponsored ads project, including engineers from its advertising group iAd. The effort is being spearheaded by Apple VP Todd Teresi, who led iAd, which has been scaled back.

In January, Apple confirmed to Mobile Marketing Daily that it would shutter the iAd App network in July 2016, which begged the question how the Cupertino, California-based company would monetize the App Store through advertising.

CEO Tim Cook called iAd a "very small" part of Apple's business in 2014, but the fact remains that the company must find an alternative solution to drive revenue. Earlier this year, eMarketer estimated the program captured a mere 5.1% revenue share of the U.S. mobile display advertising business, but does expect it to grow. In 2016, eMarketer expects Apple to take 5.4% market share.