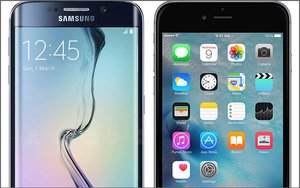 Google took Apple's title as the world's most valuable brand in Millward Brown's BrandZ Top 100 Global 2016 survey, with Google increasing by 32% in brand value and Apple declining 8% in 2015.

Amazon led all brands in the growth of its value with 59%, followed by Starbucks at 49% and Facebook at 44% to round out the Top 5.

This year's ranking shows that the BrandZ Top 100 Most Valuable Global Brands are collectively worth nearly $3.4 trillion, up 133% since the report first launched in 2006.

It's not clear whether Apple's disagreement with the FBI on privacy caused the company to lose favor among consumers, but the report does mention that "the tensions between the absolute protection of private information and legitimate needs to share it, was most clearly dramatized by the conflict between Apple and the U.S. government. Apple argued that inviolate encryption was necessary to protect its brand, as well as customers’ private data. The FBI recognized those needs but asserted that they were outweighed by law enforcement’s responsibility to protect public safety.

All of the North American brands rose in value except for Apple and IBM. Both declined, indicating how the pressures facing the technology category affect both business-to-consumer and business-to business brands.

Six of the 14 product categories included in the 2016 ranking declined in value compared with only two last year. One category remained flat. Of the seven categories that increased in value, only two grew by more than 10%. Apparel led by 14%; and fast food, 11%.