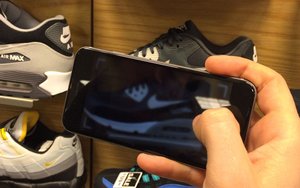 Google announced Wednesday the acquisition of Moodstocks and its team of engineers and researchers based in Paris who develop visual recognition and machine-learning algorithms.

Moodstocks' image-recognition technology turns a camera's mobile device into a scanner that can recognize objects. In the company's LinkedIn profile it claims that about 2,200 developers use its services worldwide. The company works with brands like Redcats, Kingfisher, But, Kiabi, Casino, and Chronodrive, along with publishing and advertising.

Denis Brulé and Cedric Deltheil founded the company in 2008, developing a technology that allows smartphones to recognize objects. Moodstocks' technology turns the device's camera into a scanner to identify objects in real-time, similar to Goggles developed by Google more than six years ago, or Blippar AR demonstrated at South By Southwest Interactive in 2015.

Opening the app and looking at any object through the smartphone's camera activates Blippar's technology, a digital image search that draws information from across the Web.

Vincent Simonet, head of the research and development center at France Google, welcomed Moodstocks' team to the R&D center, which launched in 2011.

Google has spent a lot of time lately with computer vision — image and pattern recognition — with help from neural networks.

Google's Paris R&D team contributes to the development of YouTube, Chrome or Cultural Institute, especially in the area of machine learning and research, Simonet wrote in a blog post. "France abounds in talents in engineering and research," he wrote. "We look forward to working with the team Moodstocks and see what we can develop together."